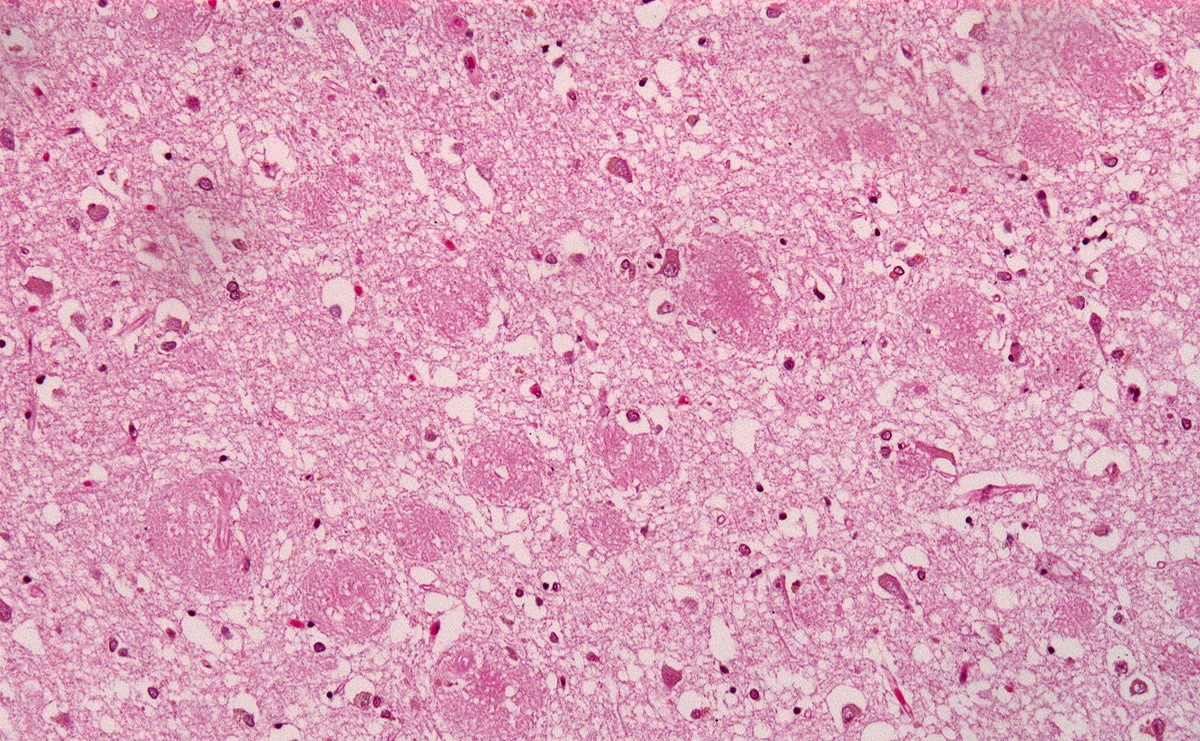 New data published in the Journal of Alzheimer’s disease suggest that the loss of soluble Aβ42 predicts cognitive decline better than amyloid plaque burden in individuals with Alzheimer’s disease-causing mutations. These findings bring the traditional amyloid hypothesis into question, raising the possibility that loss of normal function may be driving disease progression, rather than the accumulation of insoluble plaques…

For more than 30 years, the formation and accumulation of amyloid beta (Aβ) plaques have been implicated in the pathophysiology of Alzheimer’s disease (AD), however, therapeutic drugs targeting Aβ-peptide aggregation have been largely unsuccessful. Therefore, researchers have started to question the supposed causative role of Aβ in AD pathology, with Sturchio et al. proposing an alternative hypothesis that disease progression is associated with depletion of the soluble 42-amino acid amyloid-β peptide (Aβ42), rather than amyloid plaque toxicity.1

Innumerable studies have investigated insoluble amyloids and their role in neurodegenerative diseases, such as AD. Glenner and Wong implicated the 4 kDa Aβ peptide, which is metabolized from amyloid precursor protein (APP), as the major component of amyloid plaques in the brain of both AD and Down’s syndrome patients.2 However, a multitude of Aβ species exist, with those ending at position 40 (Aβ40) being the most copious, followed by Aβ42. Despite this, Aβ42 is more hydrophobic and fibrillogenic than Aβ40 and is the primary species that accumulates in the brain.3

The role of amyloid toxicity in AD was argued decades ago by Hardy and Higgins who proposed the “amyloid cascade hypothesis”.4 This hypothesized that amyloid plaques form and accumulate from fragments of the APP, which causes neuronal dysfunction and, ultimately, cell death. Several studies investigated this hypothesis, and results from Mattson et al. evidence that protein self-aggregation resulting in high Aβ concentrations has a neurotoxic effect in vitro and suggested that amyloid toxicity causes neuronal dysfunction in AD via an imbalance of Ca2+ homeostasis.5 Additionally, more recent studies have suggested that amyloid toxicity can be attributed to the generation of free radicals and consequential oxidative damage.6 However, many of these studies were carried out in vitro, which raises the question of whether the results can be extrapolated to AD pathology in vivo.

Therefore, researchers have raised issues with the Aβ toxicity hypothesis, and consequently, the alternative hypothesis proposed by Sturchio et al. has gained traction. Primarily, the main issue with attributing neurodegeneration in AD to the accumulation of amyloid plaques is that they can be present in the brains of individuals without dementia, as evidenced several decades ago by Crystal et al. in their study, which found pathologically confirmed AD in cognitively normal subjects.7 Furthermore, anti-amyloid therapies which promote amyloid reduction have failed in producing cognitive improvement in AD patients.

Since previous studies have evidenced that insoluble amyloid plaques can be found in healthy individuals but low levels of soluble Aβ42 are a hallmark feature of AD, Sturchio et al. investigated whether higher levels of soluble Aβ42 were associated with normal cognition in 108 amyloid-positive subjects.1 Pittsburgh compound B PET (PiB-PET) was used to quantify amyloid plaque burden. The retrospective, longitudinal study firstly quantified the cognitive function of individuals with AD-causing mutations (APP, PSEN1, or PSEN2), by using the Clinical Dementia Rating scale (CDR). The primary endpoint was any CDR progression over the three-year follow-up period. CSF biomarkers, including Aβ42, phosphorylated-tau (p-tau), and total-tau (t-tau) levels were also evaluated to determine whether higher CSF Aβ42 at baseline reduces the risk of CDR progression to a greater extent than lower amyloid plaque accumulation, lower p-tau, and lower t-tau levels.

Results from this study demonstrate that higher CSF Aβ42 levels predicted a reduced risk of CDR progression (adjusted RR, 0.36; p=0.002), and therefore a reduced risk of cognitive impairment, more effectively than lower accumulation of amyloid plaques (lower standard uptake value ratio by PiB-PET) ( RR, 0.81, p=0.018).1 Equally, cognitive deterioration was strongly associated with lower levels of soluble Aβ42 but not by increased accumulation of amyloid plaques, t-tau, or p-tau. These results reinforce the findings of Sturchio’s previous study, which presented a relationship between higher CSF Aβ42 levels and normal cognition, irrespective of amyloid plaque accumulation in amyloid-positive individuals.8 This study, therefore, elucidates the potential importance of Aβ42 depletion in the pathophysiology of AD.

Considering the current lack of treatments for AD, this alternative hypothesis provides hope for a new direction of research into novel therapies. Indeed, the study authors suggest that future research ought to investigate whether protein replacement could compensate for Aβ42 depletion as a potential treatment for AD, and possibly be utilized as a broader treatment for other neurodegenerative diseases.9